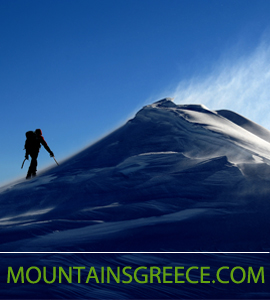 The Parnitha Range, particularly rich in flora and fauna, stands to the west of Athens. A diverse cluster of peaks, with the peak of Karavola reaching a height of 1,413 meters, and another sixteen lesser peaks above 1000 meters. Firs and pines are the main constituents of the forest, but also many other species of trees and plants provide food and shelter for the animals that live on the mountain. Of the approximately 1.100 plant species recorded, 90 are Greek natives.
The establishment of Parnitha National Park in 1961 helped significantly the biodiversity conservation of the mountain. Texts from ancient times referred to bears, wild boars, and wolves, which no longer exist. A large population of the protected local red deer Cervus elaphus used to live in Parnitha. Some remain in the region, despite the disastrous fires of 2007 that burned more than two thirds of the fir forest, causing a huge change in the park and its ecosystem.
Acharnes, Fyli, Afidnes, and Dhekelia are some of the settlements that were known in ancient times.  The Arvanites became the main inhabitants of the region during the 15th century AD, renaming these settlements Menidi, Chasia, Kiourka, etc.
In the 19th century, along the stream of Goura on the southwest side of the range, a cave was discovered, which appears to have been in antiquity a sacred place of the goat-legged god Pan and his Nymphs. For this reason, it is commonly called the Lair of Pan.  Alternatively, from the broken oil lamps (lychnaria) found there it is also called Lychnospilia Cave.
A bulwark of Athens from the west, the hills of Parnitha were crucial in wars of ancient times, as well as more recently being the refuge for fighters of the resistance during the German Occupation.  The retreating German troops set fire to the mountain forest to protect themselves from attack during their withdrawal.
Within Parnitha there are two mountain lodges, Bafi and Flambouri, which you can visit for coffee and food. In 1961, a luxury hotel was inaugurated on top of Mavrovouni Peak, the Mont Parnes, as an anchor for tourist development in the region. After several changes in management, the Mont Parnes is now a casino. From the spot of Metochi, at the foot of the mountain, access to the mountains is possible via the twisty blacktop road, by hiking, or by a cablecar direct to the casino.